Posted on November 4, 2019 by guitarsophist

A few years ago I acquired a tweed Pignose. I don’t think I have posted about it here before. Here’s a pic: 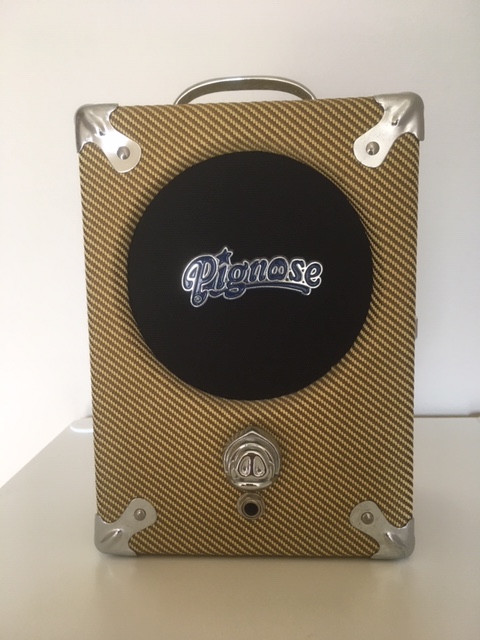 The first thing I will say is that it looks way cooler than it sounds. It sounds best if you think of it as a distortion pedal that also functions as an amp. I had it in my office for a while, where it served pretty well as a very low volume practice amp. It can get loud, but it won’t be clean. I’ll try to put up a clip later.

It runs on AA batteries, but you can get a power supply for it. When it first came out, in the 1970’s I think, it was revolutionary, but these days there are better options.